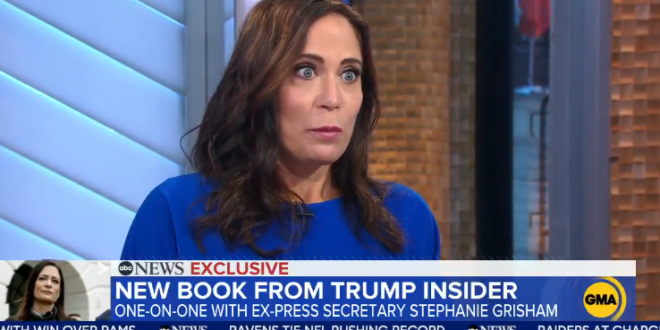 Grisham: It Was A Mistake To Work For Trump [VIDEO]

When pressed on why she decided to join Trump’s team, Grisham — who served as press secretary for nine months before moving to a position in Melania Trump’s office — said she believed Trump had given a voice to people who were forgotten but she said that over time herself and others in the White House “got heady with power.”

EXCLUSIVE: Stephanie Grisham breaks her silence about what she saw inside the Trump White House.

When asked by @GStephanopoulos if it was a mistake to work for President Trump, Grisham says “yes.” https://t.co/o3FCyKjxtw pic.twitter.com/KX2BwzR6BU