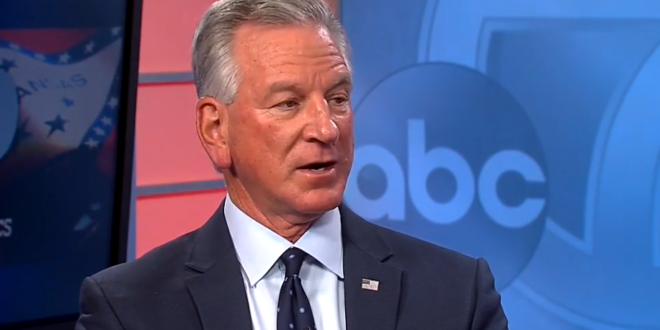 Tommy Tuberville had a decision to make. So did the other Republican senators huddling with him in the storage closet. It was Jan. 6, right-wing rioters were ransacking the U.S. Capitol, but these lawmakers were already in a secured part of the complex and had been milling about a hearing room with a larger group of senators. They weren’t hiding from the mob. They were hiding from their colleagues.

The group, led by Sens. Ted Cruz (R-Tex.) and Josh Hawley (R-Mo.), had planned to object to the certification of Joe Biden’s victory in the 2020 presidential campaign — a gesture of solidarity with President Donald Trump, who had spent months trying to overturn his loss. The siege of the Capitol by Trump’s supporters, however, had some lawmakers thinking that formally objecting to Biden’s victory might be a bad look.

What is Tommy Tuberville doing here? The former football coach objected to Biden’s victory on Jan 6. He’s not looking back. “If I look back,” he says. “I get all confused.”https://t.co/X1TktJRJME

Does being a college football coach prepare you – with a mouth full of jocky metaphors – to be a racist, fascist-curious Senator? For @SenTuberville that answer is hell yeah. A disturbing, wickedly written profile by @bterris https://t.co/laf2JRzpHZ

This is an amazing piece on the dumbest member of the senate https://t.co/zx2ilnR2FB pic.twitter.com/12U01VXFEw

A portrait of a Trumpist as a rather dim, one-dimensional man. https://t.co/OaCC3HvADA pic.twitter.com/t4zNI6ZE4Z