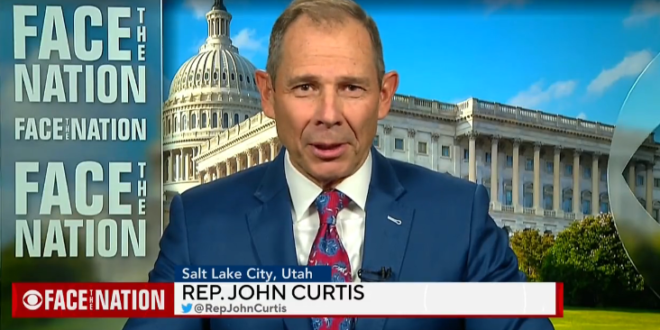 “Listen, I’m here from the state of Utah, and I guarantee you there are more Republicans here than most places, and I know deep down, everybody cares about this planet.

“We want to do what’s best for it. We want to leave it off better for our children. It’s fair to say we’re turned off by the extremist rhetoric, and we don’t always agree on the way to get there.

“But I can promise you, Republicans do care deeply, and let me just show you this caucus is a great example.” – Rep. John Curtis, today on Face The Nation.

Utah Republican @RepJohnCurtis, founding member of the Conservative Climate Caucus, is headed to the #COP26Glasgow summit. What’s his message?

“The message is that Republicans do care. We’ve been subject to a branding problem…I know deep down everybody cares about this planet” pic.twitter.com/5ab2OQNGXv