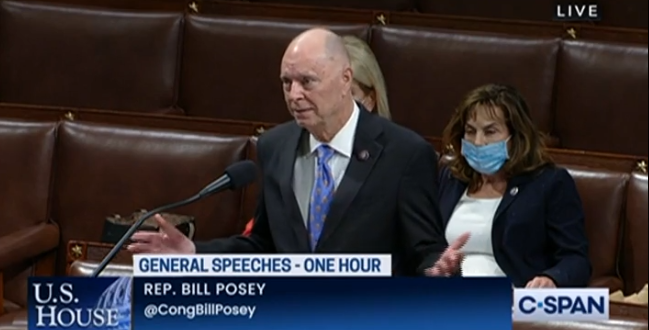 Earlier this week Sen. Ted Cruz retweeted a video of himself repeating the chant at a baseball game. And now it’s made its way the floor of the US House.

Posey first appeared on JMG in 2009 when he introduced a birther bill that would require presidential candidates to submit their “original birth certificates.”