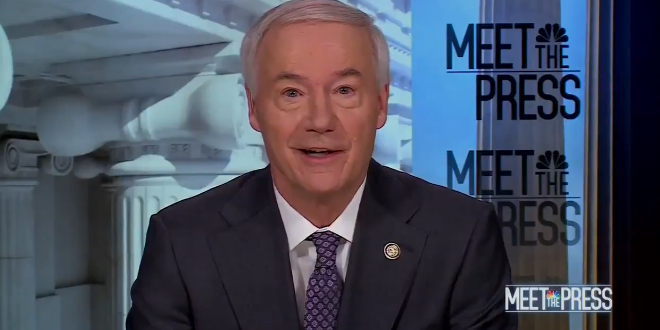 “I am a defender of the employer’s right to provide a healthy workplace. You would have just as many workers say, ‘I don’t want to work there because it’s not a healthy workplace, because not everybody’s going to be vaccinated.’ The employers are in a tough position. They would have the prerogative to make those decisions and I support that,” Hutchinson said.

“I am a defender of the employer’s right to provide a healthy workplace.” pic.twitter.com/ks8UIY43tC

WATCH: Trump’s comments about “election fraud” in 2020 “are not constructive,” Gov. @AsaHutchinson (R-Ark.) says on #MTP

It’s “a recipe for disaster in 2022.” pic.twitter.com/I4lUlBQayk

Previous Bill Clinton Released From Hospital After Five Days
Next Schiff On Subpoenas: We’re Not Messing Around Here