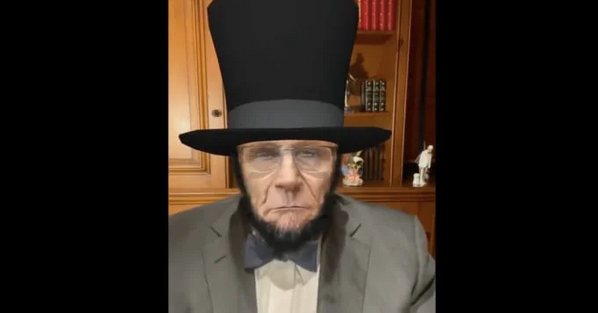 Rudy Giuliani has managed to find one last scrap of dignity to lose with an inexplicable and borderline incomprehensible attack video featuring himself disguised as Abraham Lincoln using an augmented reality filter. In the video, the former New York City mayor appears with a big superimposed hat and beard, and he, for some reason, meanders in and out of what seems to be his best attempt at a British accent. The video is targeted at Virginia Democratic gubernatorial candidate Terry McAuliffe.