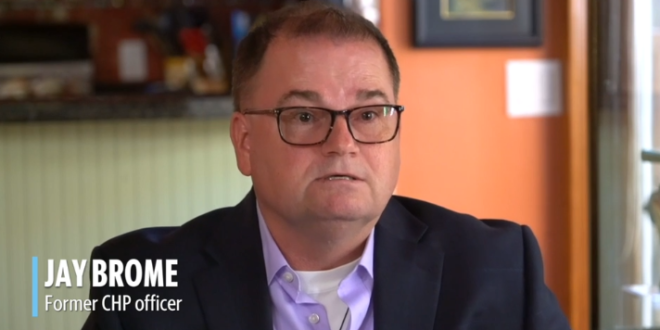 Five years after a former California Highway Patrol officer sued the agency alleging he was driven out of his job because he was gay, the CHP has settled the lawsuit for $2.2 million. Jay Brome, who spent 20 years with the CHP until he took medical stress leave in January 2015, agreed to the settlement after a lengthy, contentious legal fight that went through three courts and was set for trial when the agency agreed to settle.

He was subjected to cadets calling him “fag” or “gay,” and said one instructor told him “to take my skirt off and start acting like a man.” Brome said the abuse followed him through a series of assignments, starting at the San Francisco area office and continuing through his last post at the agency’s Solano office, where he said his fellow officers sometimes refused to provide backup for him while he was on patrol.

One of the officers accused of harassment was promoted three times, and is now an assistant CHP chief, the law firm said. https://t.co/pG2AeU0QXu