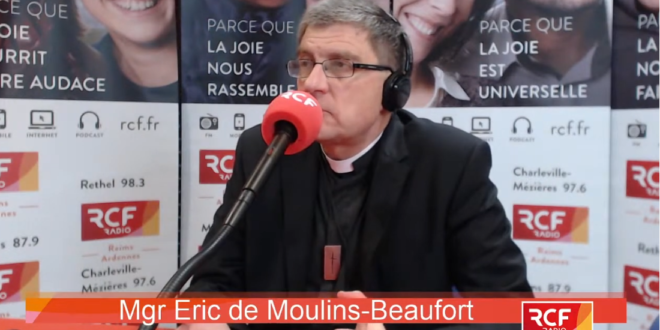 Catholic priests must report all child sexual abuse allegations to police, including if they hear about it in the secrecy of the confession box, the French interior minister has said after reprimanding France’s top bishop for claiming that the secrecy of the Catholic confessional was “above the laws of the Republic”.

France is reeling from the publication last week of a devastating independent report which found that at least 330,000 children were victims of sexual abuse by Catholic clergy and lay members of church institutions over the past 70 years, and that the crimes were covered up in a “systemic way” by the church.

France’s top bishop, Eric de Moulins-Beaufort, had initially expressed “shame and horror” at the report, but in an interview a few days later he sparked outrage by rejecting the commission’s recommendation to require priests to inform police of any child abuse cases learned about during the sacrament of confession.

France’s interior minister Gérald Darmanin has told Catholic priests that they are obligated to report child sexual abuse allegations to police, even if they learn about it during confession. https://t.co/aq2IhNYkcx

Previous NC Lt Governor: Trans People Are Demonic And Full Of The Antichrist Spirit, Drugged-Up And Cut-Up [VIDEO]
Next Texas Anti-Vax Man Charged With Threatening To Use Shotgun On Former Baltimore Health Commissioner