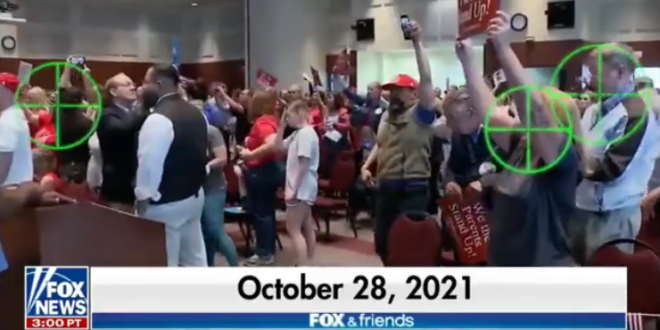 The show established the slant of their coverage from the very start as the narrator announced “Republicans grilling Attorney General Merrick Garland over targeting parents.”

During the remark about “targeting parents,” Fox switched to a brief clip of parents protesting at a school board meeting. Instead of airing the video in its unedited form, however, Fox upped the drama by superimposing a green bulls-eye on three of the people who were shown.

This is twelve kinds of batshit, but the idea that a pretty milquetoast centrist like Merrick Garland is some kind of wild-eyed radical out to destroy families is just off the charts. https://t.co/YUlfdF8J3L