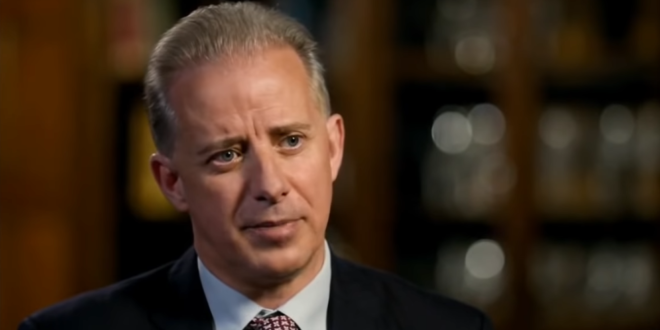 Former British spy Christopher Steele is stepping out of the shadows to “set the record straight” about his bombshell dossier for the first time since his name splashed across headlines in early 2017, defending his work, his name, and the decision to include some of its most controversial elements.

Perhaps the most attention-grabbing headline from the Steele dossier — and another claim that remains uncorroborated — was a report of the supposed existence of a “pee tape” allegedly collected by Russian intelligence services.

According to the dossier, the tape purportedly shows Trump “employing a number of prostitutes to perform a ‘golden showers’ (urination) show in front of him” on a bed where the Obamas supposedly once stayed.

Inevitably, the preview arrived at the dossier’s claim that the Russians had a tape of Trump in a hotel room while Russian hookers partook in “golden showers” and other disgusting sex acts in front of him. This part showed Stephanopoulos asking Steele, “Today, do you still believe that this tape exists?”

“I think it probably does, but I would not put 100 percent certainty on it,” Steele answered. “How do you explain if that tape does, indeed, exist, it has not been released?” Stephanopoulos asked.

“It hasn’t needed to be released,” said Steele, “because I think the Russians felt they’d got pretty good value out of Donald Trump when he was president of the U.S.”

At NRSC retreat, Trump continued false claims of fraud, urged GOP to stick together and relitigated much. “I’m not into golden showers,” he told the crowd. “You know the great thing, our great first lady–‘That one,’ she said, ‘I don’t believe that one.’”
https://t.co/NEpvbLmSN4

Trump: “I’m not into golden showers”