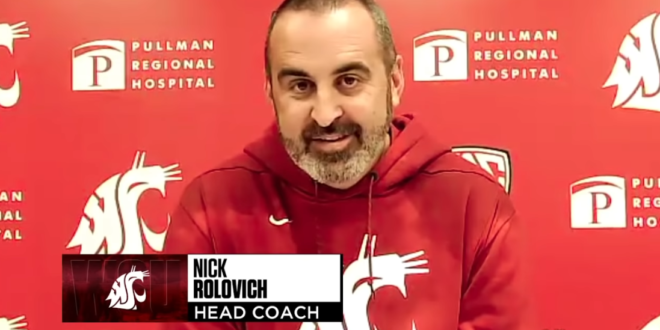 An attorney for former Washington State football coach Nick Rolovich announced on Wednesday that the coach plans to take legal action against the school.

Rolovich was fired for cause on Monday after a religious accommodation request wasn’t granted for his decision to not take the COVID-19 vaccine. The firing occurred because of a state deadline that essentially declared that all state employees needed to be vaccinated by Oct. 18.

Rolovich and four assistant coaches were fired after refusing to comply with a mandate requiring all state employees to be vaccinated. https://t.co/YSqEtUxauF pic.twitter.com/mqtCFkU27N