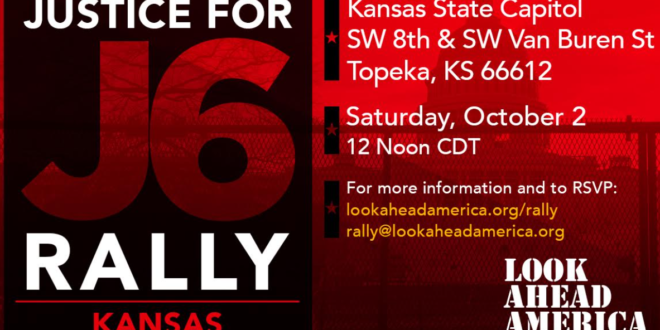 Five Cultists Turn Out At KS Capitol Rally For Rioters

A handful of people showed up at the Kansas statehouse to make a case Saturday that federal prosecutors were unfair to hundreds of Jan. 6 insurrectionists who breached the national Capitol building while contesting the election loss of President Donald Trump.

Ian Camacho, who organized the gathering on behalf of Look Ahead America, said the objective was to nonviolently express his views and meet people in Kansas seeking justice for the protesters.

He said he would have preferred attendance of more than five people, but welcomed the opportunity to urge state and federal politicians to intervene on behalf of “political prisoners” charged in aftermath of the incursion at the U.S. Capitol.