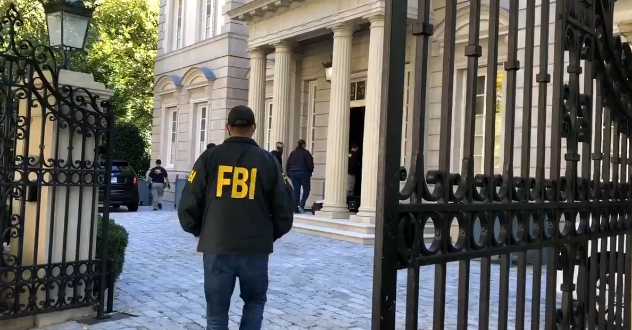 FBI agents on Tuesday swarmed the home of Russian oligarch Oleg Deripaska in Washington, D.C., an agency spokesperson confirmed to NBC News. The reason for their presence wasn’t immediately clear. The spokesperson said the agency is conducting “law enforcement activity at the home” but wouldn’t elaborate.

The investigation is being led by federal investigators in New York City, according to two officials briefed on the matter. Lawyers for Deripaska, a billionaire oil tycoon with close ties to Russian President Vladimir Putin, did not immediately return requests for comment.

Indicates probable cause there is evidence of a crime there now.

You’ll remember Deripaska as the man with whom Paul Manafort tried to use his campaign access to settle business debts, including asking Russian agent Konstantin Kilimnik to pass Trump campaign information to him. https://t.co/5LIN4IkfFy

Previous Demon Semen Doctor: Satan Has Sent Clones Who Will Murder Anybody Who Refuses The COVID Vax [VIDEO]
Next Brazilian Senate Report Calls For “Mass Homicide” Charges Against Bolsonaro Over Coronavirus Response