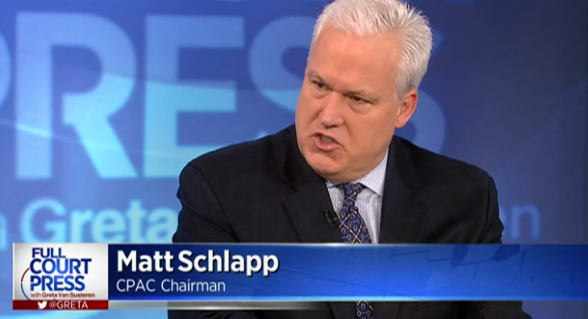 The American Conservative Union, the political organization helmed since 2015 by lobbyist Matt Schlapp, is best known for its Conservative Political Action Conference and its annual scorecard of the voting records of politicians in D.C. and across the country.

Sources tell The Dispatch that federal investigators are currently looking into possible criminal campaign-finance misdeeds at ACU during Schlapp’s tenure. As part of the investigation, the FBI has interviewed former and current ACU employees about the financial dealings of the organization and its leaders.

Read the full article. At the heart of the probe are allegations that the ACU was paid to endorse a candidate for the Tennessee legislature. It’s a complex story of “several shell PACs” and of moving money between state and federal campaigns. Schlapp, of course, is blaming the probe on a “Soros-funded group.”