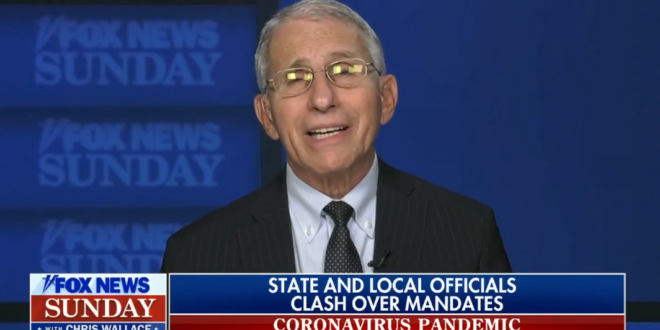 Fauci To Chris Wallace: My Critics Are “Denying Reality”

Anthony S. Fauci, chief medical adviser to President Biden, said Sunday that his critics “deny reality that’s looking them straight in the eye” as they traffic in conspiracy theories and spread misinformation about masks and vaccines.

Fauci, asked by “Fox News Sunday” host Chris Wallace why he thought he had become “so controversial,” said he has been “guided by the truth”: scientific data and evidence. “Sometimes, the truth becomes inconvenient for some people, so they react against me,” he said. “That just is what it is.”

Trump in 2020, also speaking on Fox News, said incorrectly that Fauci had said early in the pandemic that the virus “will pass.” Trump himself had made comments that the pandemic would “disappear” one day “like a miracle.”