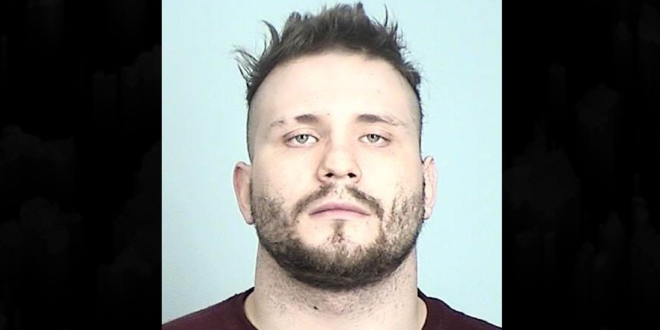 A man who had been part of a far-right group that wants to foment a civil war admitted in federal court Thursday he traveled to Minneapolis from the San Antonio area to sow chaos after the police murder of George Floyd.

Ivan Harrison Hunter, 24, of Boerne, Texas, pleaded guilty to a single count of rioting. The charge carries a maximum prison term of five years. Hunter admitted that he fired 13 rounds from an AK-47-style rifle into the 3rd precinct police station on May 28, 2020.

After shooting at the building, Hunter was recorded on video high-fiving another person and yelling “Justice for Floyd!” Investigators matched the skull mask Hunter was wearing in the video to a photo on his Facebook page.

“Feds say Ivan Harrison Hunter helped burn and loot the Third Precinct building as part of a coordinated attack from the far-right group trying to ignite an American civil war.”https://t.co/5QqxpplH1X