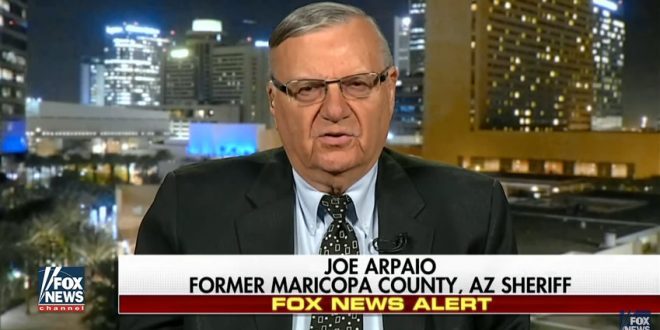 Nearly five years after Joe Arpaio was voted out as sheriff of Arizona’s most populous county, taxpayers are covering one of the last major bills from the thousands of lawsuits the lawman’s headline-grabbing tactics inspired — and the overall legal tab has hit $100 million.

Officials in Maricopa County, home to Phoenix, agreed last week to pay $3.1 million to cover the county’s portion of a settlement with a restaurant owner who alleged Arpaio defamed him and violated his rights when raiding his businesses.

The payout boosted the cost stemming from Arpaio’s six terms to $100 million for attorney fees, settlements and other costs the county has paid from lawsuits over things such as jail deaths, failed investigations of the sheriff’s political enemies and immigration raids of businesses.

Joe Arpaio was voted out as sheriff of Arizona’s most populous county nearly five years ago, but the bill for lawsuits stemming from his six terms has kept growing. Taxpayers have paid more than $100 million in settlements, attorney fees and other costs. https://t.co/LOtuMogjx3