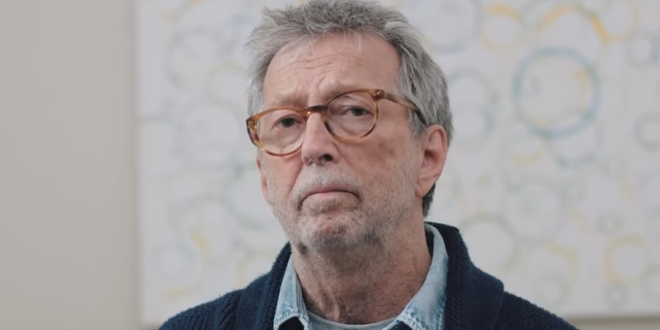 Among the COVID-conscious, the name “Eric Clapton” has become a consistent source of eye rolls, groans and general aggravation. The 76-year-old English musician has been outspoken in his skepticism about lockdowns, vaccines and other such common-sense pandemic safety measures. But according to an in-depth Rolling Stone report published Oct. 10, Clapton’s vocal support of the anti-vaccine movement has now become material support.

Cambel McLaughlin, 27, of U.K. “pro-medical choice” music group Jam for Freedom, told RS that, after the group’s car was damaged in an accident, Clapton not only donated £1,000 (roughly $1,360 USD) via GoFundMe to help get them back up and running, but also “offered his family’s white, six-person VW Transporter van as a temporary replacement” for their vehicle, and gave Jam for Freedom an additional, unspecified sum to put towards a new van.

We have some bad news… and some AMAZING news!🎉 Thank you Eric!🙏

Very grateful for further support from Eric Clapton to keep our project of free live music across UK & Ireland. So much more to come! Thank you for all the support😀