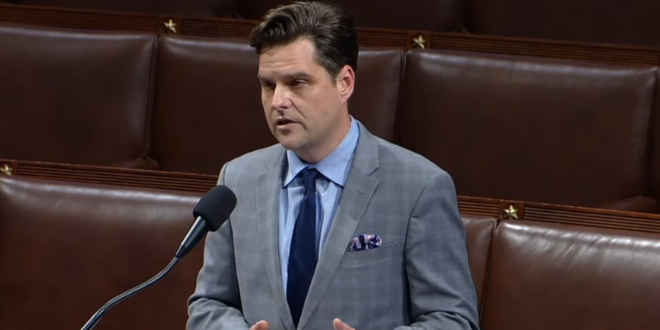 The Justice Department has added two top prosecutors from Washington to the child sex trafficking investigation of Representative Matt Gaetz, according to two people briefed on the matter, a sign of the complex and high-stakes nature of the inquiry into Mr. Gaetz.

The prosecutors — one a public corruption investigator with an expertise in child exploitation crimes, and the other a top leader of the public corruption unit — have been working on the Florida-based investigation for at least three months, the people said.

One of the questions the prosecutors will have to wrestle with is whether to charge Mr. Gaetz with the same crime that Mr. Greenberg pleaded guilty to, sex trafficking a minor.

NEW on Matt Gaetz investigation: DOJ has added two top prosecutors from Washington to the sex trafficking investigation of Gaetz, a sign of the complex and high-stakes nature of the inquiry into one of Trump’s closest congressional allies. w/@ktbenner https://t.co/y1UU5FGWsJ

Womp, womp: Matt Gaetz FAILED to pay the fees he owes to The #Florida Bar, which now deems him “delinquent” and “not eligible to practice law in Florida.

Who’d ever want to hire this guy as their lawyer?🤷🏼‍♀️https://t.co/wj3jnCXrZq