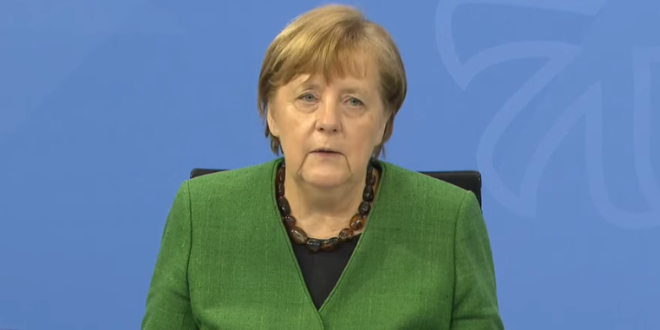 Departing Merkel “Quite Worried” About Future Of EU

German Chancellor Angela Merkel is worried “it is getting harder and harder” to find compromises between European Union countries on hot-button issues like migration and the rule of law.

“It is imperative to do everything possible to find a way to keep Europe together,” Merkel said in a wide-ranging interview published in Saturday’s edition of German newspaper Süddeutsche Zeitung.

Asked if the European Union can still build compromises amid growing nationalism in countries like Poland and Hungary, Merkel said, “it’s getting harder and harder at the moment and I’m quite worried.”

Merkel says “it is getting harder and harder” to find compromises between EU countries on hot-button issues like migration and the rule of law: “I’m quite worried.” https://t.co/O8sWBRZVd5

“Thanks to you, the centre has held through many storms.” @BarackObama addresses a few words to Chancellor Merkel as we are saying goodbye to her in the European Council #EUCO pic.twitter.com/FIUpCPkloW