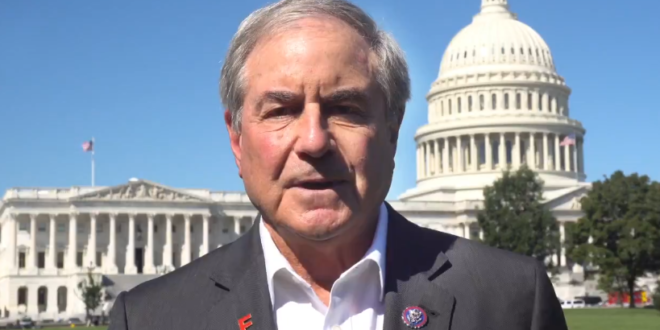 Eight-term U.S. Rep. John Yarmuth, the Democratic chairman of the House Budget Committee, announced in a video Tuesday he will not run for reelection in his Louisville district next year.

Yarmuth first ran for Congress in 2006, winning a narrow, upset victory over five-term incumbent GOP Rep. Anne Northrup, before defeating her in a rematch by 18 percentage points two years later.

The only announced challenger to Yarmuth in next year’s election is state Rep. Attica Scott, a fellow Democrat from Louisville, though maps for each congressional district in Kentucky could change in 2022 with redistricting expected to be approved by the legislature.

In the clip below, Yarmuth says that at age 75, he wants to spend “the years I have left with my family.”

“I will continue to fight for Louisville in Washington for another 15 months, and then, I will retire from Congress,” Yarmuth said on Twitter.https://t.co/z87JLY4P48

It’s been an incredible journey since my first campaign in 2006 until now. I will continue to fight for Louisville in Washington for another 15 months, and then, I will retire from Congress.

I will have plenty more to say in the months ahead but this is what I want you to know: pic.twitter.com/MXFmWrSTYv