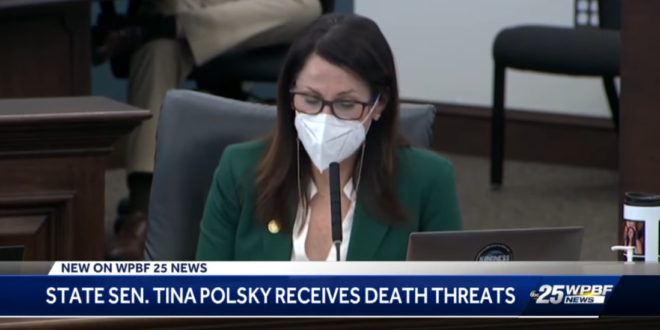 On Wednesday, the public spat between Polsky and Ladapo took a new turn, one day after Polsky called the surgeon general nominee “unprofessional,” after he refused to wear a mask in a meeting with her.

Ladapo defended his decision to not wear a mask saying he cannot communicate clearly “when half of my face is covered.” Polsky recently shared she had been diagnosed with breast cancer and is undergoing treatment. She says she requires everyone in her office to wear a mask for her own safety against the coronavirus.

Read the full article. Polsky says that the death threats and “anti-Semitic vitriol” are coming almost entirely from out of state phone numbers.

“My office has received a number of disturbing, hateful voicemails since this story was given national attention,” said Boca Raton state senator.https://t.co/fs5Gmq9AJF