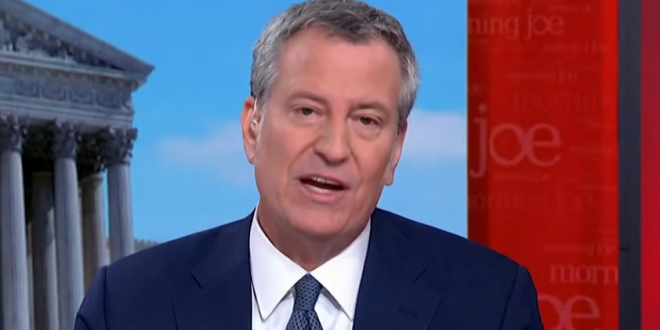 Six million New York City residents have received at least one dose of the COVID vaccine — a milestone Mayor de Blasio touted Thursday as “unbelievable.” “This is a staggering figure. This is how we’re coming back,” the mayor said. “What has it meant? As vaccinations have gone up, hospitalizations have gone down.”

To that point, de Blasio noted that the hospitalization rate for COVID stood at .69 per 100,000 city residents as of Thursday, a new low for the Big Apple. As of Thursday, de Blasio said that more than 84% of adults in the city have received at least one vaccine dose, with 75% of teens who are 12 and older receiving at least one dose as well.