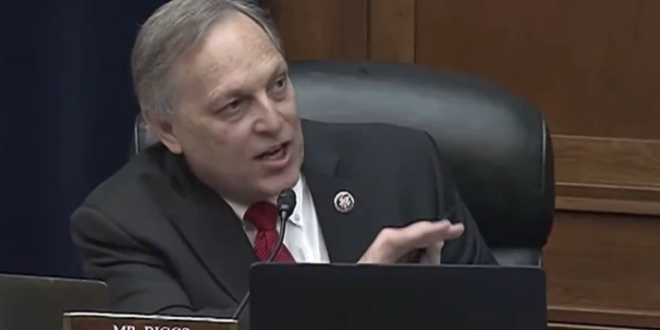 Biggs and Rep. Jamie Raskin got into a heated exchange on Thursday regarding which candidate won the Grand Canyon State during a House Committee for Oversight and Reform hearing.

“Who won the election in Arizona — Donald Trump or Joe Biden?” The Maryland Democrat posited to Biggs. “We don’t know,” Biggs replied. “As the audit demonstrates very clearly, Mr. Raskin, there are a lot of issues with this election that took place.”

During a House hearing Tuesday on the recent “audit” of the 2020 election results in Arizona conducted by supporters of former President Donald Trump, Rep. Andy Biggs, R-Ariz., refused to accept its results showing that Joe Biden won the state. https://t.co/F3AaEwzy6Z

If we don’t know who won Arizona that means we don’t know if @RepAndyBiggsAZ won. So we should ban him from Congress until that’s sorted out. https://t.co/Mys6ehSehw

Rep. Andy Biggs (R-Arizona), in a House hearing about the partisan Arizona audit, is asked by Jamie Raskin who won the election AZ, Biden or Trump.

Raskin says Republicans have “followed [Trump] off the ledge of electoral lunacy.”