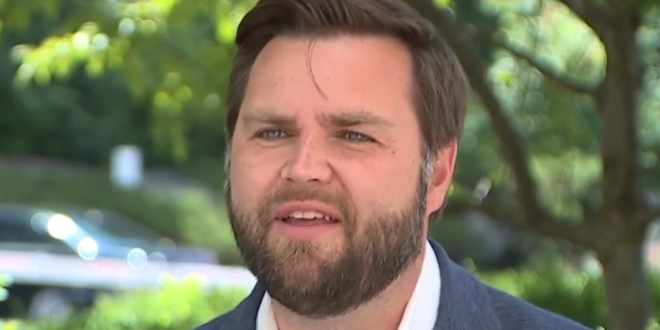 “Christian” Senate Candidate J.D. Vance Asks Twitter To Let Trump Back On Site So He Can Mock Alec Baldwin

In case you were on the fence about @JDVance1 https://t.co/1bXPX8RXvD

Um…you’re coming across as a piece of shit. Is that what you were going for?

This is an unbelievably disgusting tweet. Low even by your standards.

You are the inversion of the values of Jesus Christ.

Someone died, you asshole. https://t.co/qK7P9CFNSm

On your current trajectory, you’re never getting your soul back. https://t.co/5roce03pZd

An innocent woman died but for this guy who calls himself ‘Christian’ in his Twitter biog, it’s all a joke. It’s all about Trump. But hey, the things desperate people do to try and get elected to the Senate… https://t.co/neVyLWY5Do

Someone died in a tragic accident on set, and the this is what the pro-life party has to say: https://t.co/b6Z7pPltwY

At what point is mainstream Ohio media — TV; major papers — going to start talking about how big a piece of shit this guy is? I know he’s trying to get a rise out of people because the GOP is now the edgelord party, but he’s a major candidate for Senate. https://t.co/7U0QZnw5ox

Every time someone in GOP politics tries to present themselves as the “reasonable, principled, reluctant” Trump supporter, they inevitably show their true colors eventually. What a callous, classless jerk. A woman died; it’s not a joke. https://t.co/fn52GQZ5aK

There was a horrible accident that resulted in one woman killed, one man injured, and other lives damaged if not destroyed forever.

Prompting this from an Ohio Republican Senate candidate: https://t.co/rNi5wiBXG7