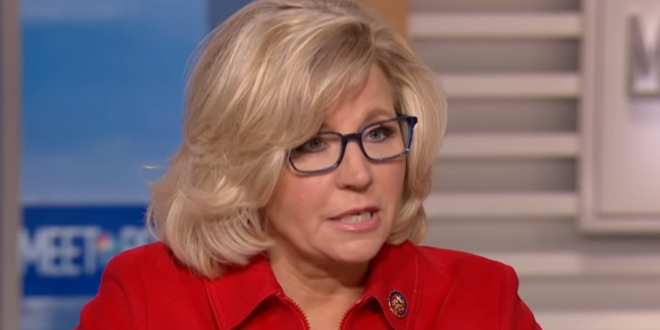 Rep. Liz Cheney (R-Wy.) is one of several Republicans blasting Fox News Media for a promotional video teasing an upcoming episode of leading host Tucker Carlson’s mini-series “Tucker Carlson originals.” The episode, which will only be broadcast on Fox Nation, the company’s paid streaming service, is set to be published in three parts next month and examines the Jan. 6 attack on the U.S. Capitol and purports to tell “the true story behind 1/6.”

“The helicopters have left Afghanistan and now they’ve landed here at home,” Carlson is seen saying on the promotional video. “They’ve begun to fight a new enemy in a new war on terror.” Another woman apparently interviewed for the piece says on the video “false flags have happened in this country, one of which could have been Jan. 6.” Other Republicans also hit Carlson for the promotional video, which was shared on his personal Twitter account on Wednesday.

It appears that @FoxNews is giving @TuckerCarlson a platform to spread the same type of lies that provoked violence on January 6. As @FoxNews knows, the election wasn’t stolen and January 6 was not a “false flag” operation. @rupertmurdoch @jayawallace @Suzannescott @SpeakerRyan https://t.co/ODKZFVUFBa

Thank you. It’s insane. Basic facts and @FoxNews needs to pull this. https://t.co/NJQNvUmiC5

At least 7 white nationalist groups were involved on Jan 6th