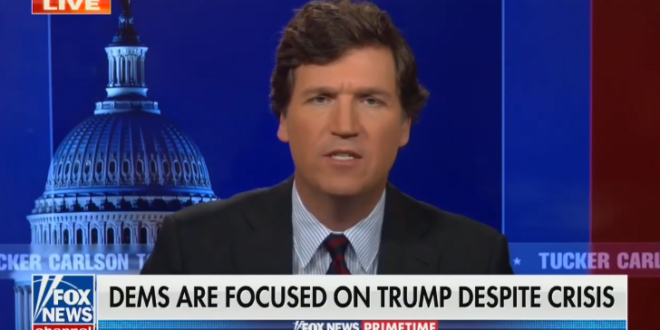 “These are people who thought the election was stolen. They had some evidence to support that view. It was not a free and fair election. You don’t have to believe that the voting machines were rigged to look at 2020 and say, That wasn’t fair.’

“Whether they swung the election you can argue, but these people had a reason to be frustrated. Democracy, which they really believed it, turned out to be kind of fake. So rather than answer their questions or reassure them that our system is real, we throw them in jail?”

“If people committed crimes, actual crimes, broke statutes, defaced the property, assaulted cops, whatever, of course, punish them. We should punish rioters. But you should never punish someone for expressing his political views, period.” – Tucker Carlson, last night.

Tucker Carlson Drops Wild 1/6 Take Saying Rioters Had ‘Reason to Be Frustrated’: They Had ‘Some Evidence’ Election Was Stolen https://t.co/mWiHUVXhdn