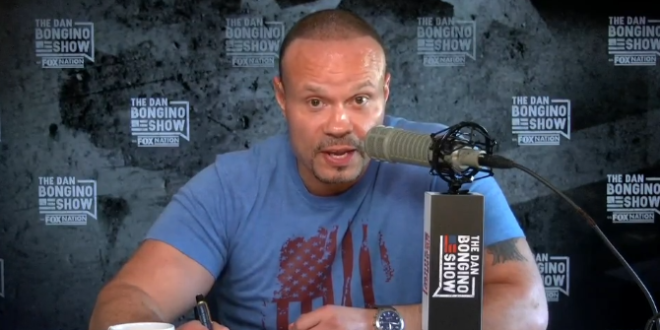 Bongino Taunts Radio Giant To Fire Him Over Mandate

“I’ve got a bad temper and I don’t want to be working for anybody. So I worked for myself and I choose who to partner with, so I partner with Cumulus, you’re probably listening to me on a Cumulus station now.

“So Cumulus, for some stupid reason, thought it would be a really good idea to do a vaccine mandate. Why they would do that, I have no idea. I don’t know if they’re trained medical professionals or what, and I’m missing something.

“But as a result of that, there’s been some reporting about some people who’ve had to separate from their jobs or moved into different positions because of it. And I’m kind of done with that. Yeah, I’m not going to play along with that.

“So out of respect for them, I called them today and let them know my position. But I’m not playing along with that. So I’ll say again, I’m not going to let this go.

“Cumulus is going to have to make a decision with me if they want to continue this partnership or they don’t. But I’m talking to you on their airwaves. They don’t have to let that happen. And I wouldn’t mind if they didn’t.

“Because it’s really unfortunate that people with a lower profile than me, who don’t have 300-plus stations, have been summarily either shown the door or been put in really untenable circumstances because they simply want to make a medical decision by themselves.”  – Dan Bongino.