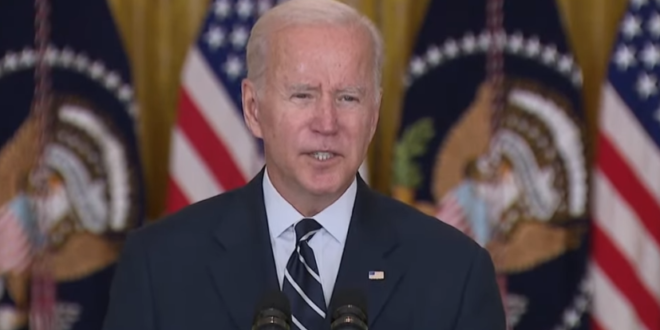 President Biden on Thursday unveiled a new $1.75 trillion package to overhaul the country’s health-care, education, climate and tax laws, muscling through a slew of policy disagreements and internecine political feuds that had stalled his economic agenda for months.

The announcement marked a critical moment in Biden’s tenure, prompting the president to pay a visit to Capitol Hill and call on Democrats to adopt the spending along with a second, roughly $1.2 trillion package to improve the country’s roads, bridges, pipes, ports and Internet connections.

Biden’s moves reflect a pivotal decision to assume ownership of the sweeping safety-net proposal in a new way. He is investing enormous political capital in the new plan — which follows days of intensive, secretive meetings with key lawmakers.

“After months of tough and thoughtful negotiations, I think we have — I know we have — a historic economic framework,” the president said. “This framework includes historic investments in our nation, and in our people.”

Mr. Biden delivered his remarks from the East Room of the White House after returning from Capitol Hill, where he pleaded with Democratic lawmakers to put aside their differences and vote for both measures as a way of advancing their common agenda.

He did not explicitly say that the Democrats on Capitol Hill had all agreed to back his new framework, and several key lawmakers in his party issued statements that pointedly did not say they were promising to vote for it.

Biden says spending plan “makes the most significant investment to deal with the climate crisis ever,” so U.S. could cut emissions up to 52% by 2030

“We’ll do it in ways that grow the domestic industries, create good-paying union jobs — address long-standing injustices as well” pic.twitter.com/NVVCAgsxQi

Promoting his $1.75T social spending plan and $1.2T infrastructure package, Biden told House Dems: “My presidency will be determined by what happens in the next week.”

Pelosi then called for a vote on the infrastructure bill later in the day.
https://t.co/l9JOaYDVFr

Pres. Biden unveils $1.75 trillion social spending framework: “No one got everything they wanted—including me. But that’s what compromise is. That’s consensus. And that’s what I ran on.” https://t.co/tDNdh6k8sS pic.twitter.com/EleUTPgqii

Previous Fox Puts Gun Sights Over Parents In Garland Piece
Next Bannon Rages: Liar Mike Pence Should Have Followed Through On John Eastman’s Memo, Which “Will Stand”