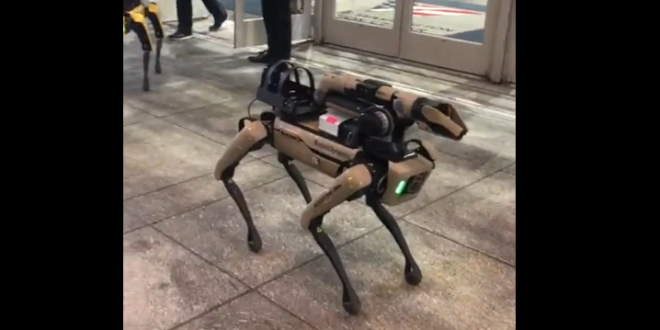 Ghost Robotics and SWORD International have teamed up to create a rifle-toting “robot dog.” Called the Special Purpose Unmanned Rifle, or SPUR, the system adds a 6.5mm Creedmoor rifle from SWORD to one of Ghost Robotics’ quadrupedal unmanned ground vehicles, or Q-UGVs.

The SPUR made its debut on the show floor at the Association of the U.S. Army’s main annual convention in Washington, D.C., which opened yesterday.

Though Ghost Robotics is partnered with a number of other companies to explore defense and security applications, among others, for its Q-UGVs, this appears to be the first example of one of these unmanned systems with an actual weapon mounted on it.

When I tell you I GASPED pic.twitter.com/9uzeM4iIGq