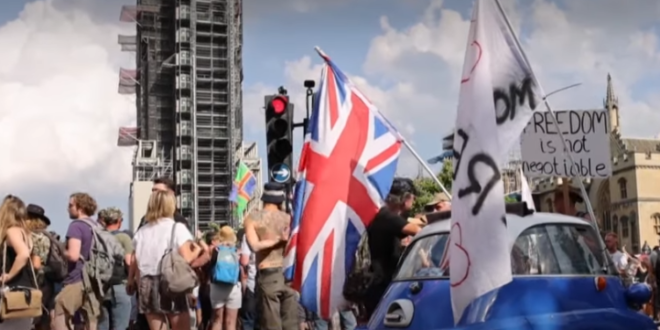 Anti-Covid vaccine protesters left school pupils in distress after showing them pictures of what appeared to be dead children, a head teacher has said. Campaigners formed a picket outside Saint Thomas More Catholic School in Blaydon, Gateshead, on Monday where pupils were due to get their jabs.

Principal Jonathan Parkinson said the demonstrators had been falsely claiming the images had been caused by vaccines. However, protesters failed to disrupt the school’s vaccine programme.

“There was a group showing our younger children what appeared to be pictures of dead and disfigured children which they claimed was because of the vaccine which upset quite a few of the children. We were left with a number of quite upset children.”