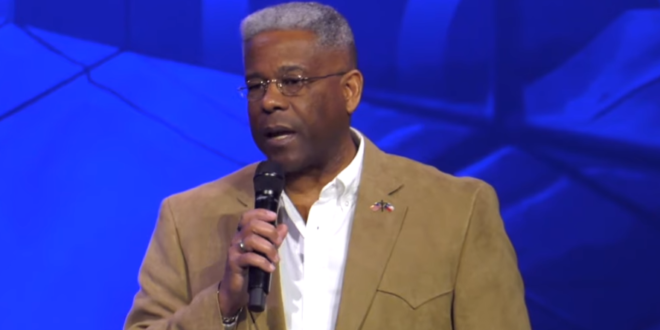 Allen West, Republican candidate for governor of Texas, announced Monday night that he had been released from Medical City Plano and will be recovering from Covid-19 at home until he tests negative.

West, who had not been vaccinated and was first admitted for treatment on Saturday, thanked the doctors and nurses who treated him and praised the monoclonal infusion therapy he received as treatment.

“This should not be about forcing people to take a certain shot,” he said in a short video posted to Twitter and Facebook. “But we should be offering and making sure people are aware of all of these protocols that are out there. And that’s one of the things I’m going to be committed to doing.”

Allen does not allow replies to his tweets.

6/ I noticed this weekend especially that the government is running propaganda commercials of people who lost loved ones to COVID saying they wish they had taken the shot. This level of manipulative deception must end.

8/ I am thankful that the medical professionals here at Medical City listened to me . . . not some boiler plate CDC, Dr Fauci, or Texas Medical Board mandates.

9/ I am not a conspiracy theorist but something very nefarious is at work here , and the innocent blood of Texans are on some dirty, corrupt hands. I promise y’all, as Governor of Texas, I will find those hands and ensure they’re held accountable.

10/ There will certainly be changes coming to agencies such as the Texas Medical, Pharmacy, and Nursing boards. God’s blessings, Lt. Col. Allen West