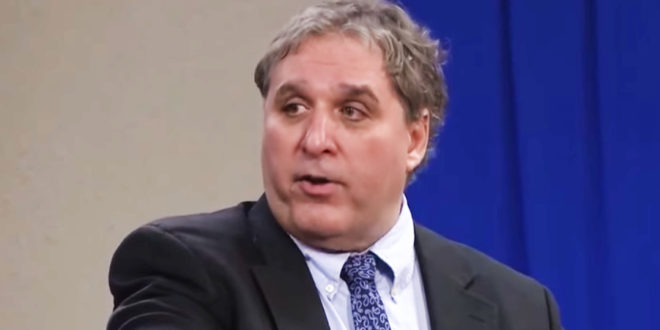 Russ Dizdar was a prominent Christian truther whose work exposed the satanic underworld that implicates the government and military. I believe he could have been murdered, much like Rob Skiba who also died last week.

Research Russ’ work, the rise of the Satanic Super Soldiers and The Black Awakening. The Black Awakening involves satanic ritual abuse at high levels, down to every sleepy town. They are out there and they are out to get Christians. It seems, but I could be wrong, that we are beginning to see this take place.

Other Male leaders in this truther movement are also deathly sick. Human trafficking, MK Ultra, Programmed Multiples, The Black Awakening. Take out Christians and create their order out of chaos.

On YouTube, you’ll find hundreds of clips in which Dizdar speaks of hunting down demons, Satan worshipers, and pedophiles, all of which, he claimed, are everywhere at every level of government.

His main gig, apparently, was exposing “SRA” – satanic ritual abuse. Next week he was due to appear at an event with frequent JMG subject Dave Daubenmire.

We would like to extend our deepest condolences to the family of Russ Dizdar, warrior for truth, and a servant of the Lord. Russ passed away yesterday evening. Please keep his wife Shelley in your prayers, as she is very sick right now.

Russ Dizdar died this weekend. Oddly enough, according to Dave Daubenmire, Sheri Tenpenny personally administered “vitamins and minerals” to Dizar at his home. According to DD, she watched him take them. The next day he was dead.

Russ Dizdar has been one of the major “Satanic Ritual Abuse” pushers in the Christian Conspiracy realm for decades. He claims he has consulted with police departments re: satanic human trafficking and ritual abuse.

Russ Dizdar’s circle included other SRA/Human Trafficking conspiracy theorists/grifters, including Doug Hagmann, Thomas Dunn, Steve Quayle, etc. Hagmann claimed that he and Dizdar had been “in the field” fighting SRA trafficking as little as a month ago.

US based Satan Hunter Russ Dizdar @DizdarRuss who supported Wilfred Wong in the child kidnapping of Child A and promoted the Hampstead SRA Hoax has died of covid. “Justice will overtake fabricators of lies and false witnesses”, says Heraclitus.

In the shadows it happens and millions of SRA victims know so well.. shall we act? https://t.co/VrY03BidpF pic.twitter.com/hWeflWMXVl