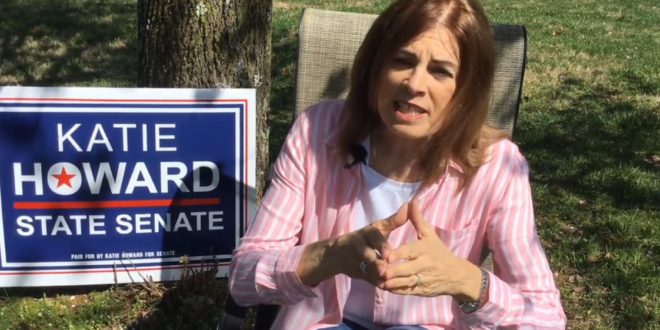 Katie Howard, who was a runner-up in the race for the Republican nomination for the state Senate District 7 seat, passed away at the age of 68 late last month.

The Anderson News reported that Howard was “instrumental” in founding the Anderson County Republican women’s group, of which she was president. Howard was also a volunteer in one of U.S. Representative Andy Barr’s re-election campaign, she told The State Journal in 2019.

At an event held on the state Capitol steps titled “Unmask Kentucky,” whose participants railed against COVID-19 restrictions and Gov. Andy Beshear, Howard appealed to the more than 100 attendees to run for local elected office. “It all starts from the ground up,” Howard said.

Sorry Anti-Vaxxer has the usual memes.

Previous Hannity Calls For Deposing McConnell As GOP Leader
Next NYT: How A Proud Boys Leader Sparked The DC Riot