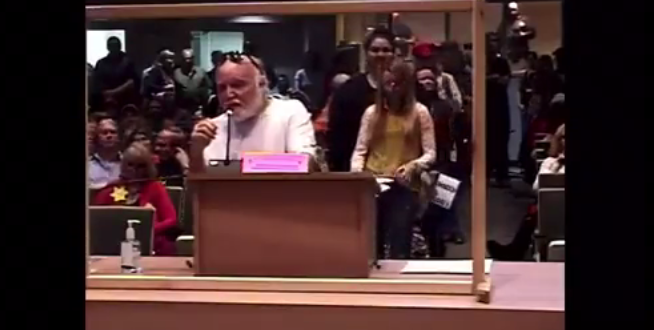 First, a reminder from Alaska Landmine:

Mayor Dave Bronson and members of his administration encouraged their supporters who were opposed to the mask mandate. Four people were arrested on Wednesday, including a man who did not disclose he had a concealed handgun until after he was in handcuffs.

Paul Kendall, long known as a gadfly at public meetings, called Assembly member Chris Constant a “cocksucker” during his testimony. He received applause and high fives as he was walking out. One man offered to buy him a beer. He was later arrested.

My biggest takeaway from all of this is that Paul Kendall, who for as long as I can remember has been dismissed by everyone as an annoying distraction at public meetings, has been elevated to a thought leader among this new group.

Kendall ran against GOP Sen. Lisa Murkowski in the 2016 Republican primary, getting 7.7% of the vote. In 2018, he finished fourth in his bid for the Anchorage Assembly. Watch the clip.

Man who would’ve ever imagined this guy would die of covid? pic.twitter.com/tcuLDtkNcu 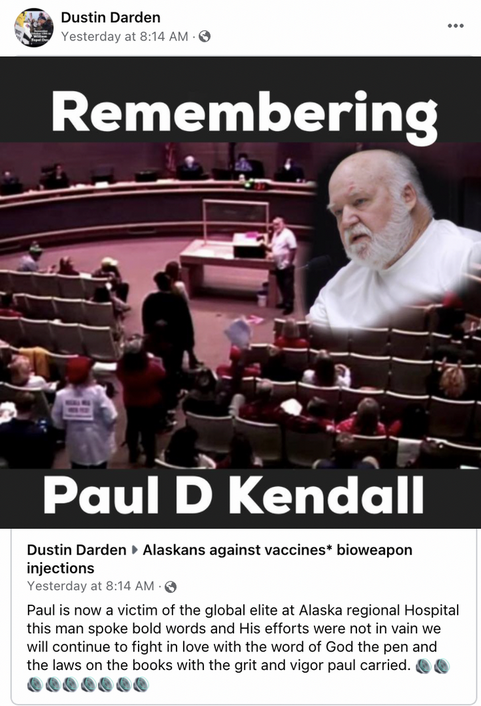