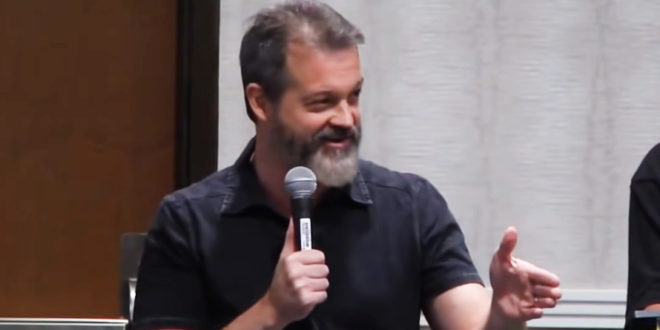 Rob Skiba has died of complications from COVID and he was an extreme anti-vaxxer. You’d think his community would get a wake up call and change their position on vaccines, however being Christian flat-earthers I guess evidence and facts are beyond their grasp. Most conspiracy theorists theories don’t come back to haunt them which is the nice thing about being a conspiracy theorist – “no harm, no foul”, right? This time there was harm, and thus a foul.

From what I gather, he was also arguably the nation’s most prominent Flat Earther, having published multiple books and uncountable YouTube clips about the subject.

Oh, and he also wrote at least five books about the bible, one of them simply titled “Leviticus.”

Skiba was a longtime anti-vaxxer going back well before the arrival of COVID. Watch his highly scientific Flat Earth explainer in the final clip below.

Rob Skiba has been on a vent since Sept 8th. He died a few hours ago.
Listen to what he preached in 2012. pic.twitter.com/ziBYqqslXQ

For background, Bob the Science Guy put out a video about him yesterday, before he had passed.https://t.co/hv26NHFeUm