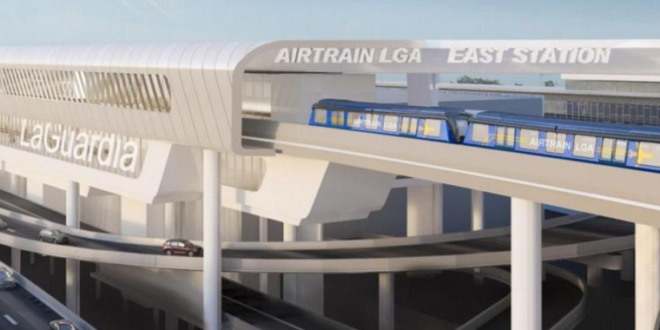 The AirTrain — boosted for years by former Gov. Andrew Cuomo — aimed to build a new automated rail link to the airport from an overhauled station at Willets Point, Queens, that connects to the No. 7 line and Long Island Rail Road trains.

Critics blasted the project as an ineffective way to get to LaGuardia, as the connection would have required riders from Manhattan to travel east of the airport before paying a second fare to ride the AirTrain.

The Port Authority paused Cuomo’s controversial plan to build an AirTrain to LaGuardia Airport, allowing the agency to seek alternatives to the project.
https://t.co/JJjkTxsymO

The plan to build a $2.1 billion AirTrain to La Guardia Airport has been paused, officials in New York announced on Tuesday. The airport’s ongoing overhaul, including the rail plan, had been heavily pushed by former Gov. Andrew Cuomo. https://t.co/T7xucKJTPp

Previous US Military Archbishop: Catholic Troops Can Refuse Vax
Next Report: GOP Rep Spent $100K On Her Own Companies