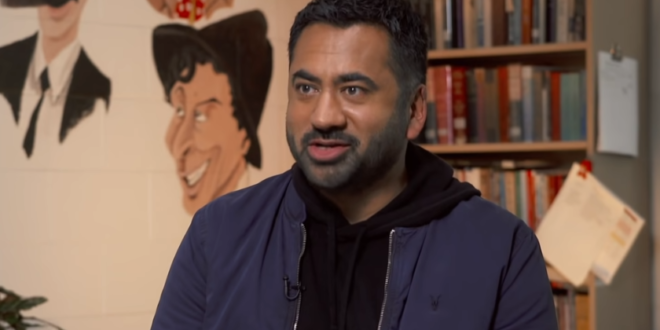 Kal Penn, the actor best known for his role in the Harold & Kumar films who also worked in the Obama administration, publicly came out for the first time Sunday while promoting his new memoir, announcing his engagement to his partner of 11 years.

Penn confirmed his engagement to People magazine, saying he was “really excited” to share the news of his relationship with Josh, whose last name has not been shared.

The New Jersey native has acted for years, including in the Harold & Kumar films and on the show Designated Survivor, but also made headlines when he took a two-year sabbatical to join the Obama White House’s Office of Public Engagement.

“I discovered my own sexuality relatively late in life compared to many other people. There’s no timeline on this stuff. People figure their s— out at different times in their lives, so I’m glad I did when I did.” @kalpenn https://t.co/uwvvkKBPju

Previous Anti-Vax Woman Rages To School Board About Their “Satanic Agenda:” Schools Are “Teaching Cannibalism”
Next Anti-Vax Nurse Films Herself Getting The Boot [Video]