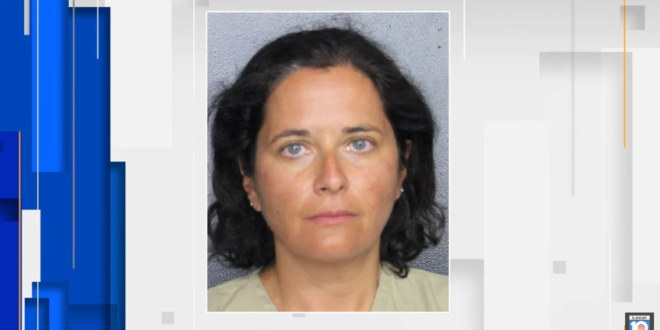 Woman Made Bomb Threat After Missing FLL Flight, Her Luggage Was Aboard, Passengers Evacuated [VIDEO]

From the Broward County Sheriff’s Office:

According to Broward Sheriff’s Office Threat Management Unit detectives at around 8:45 p.m., Monday, Sept. 6, BSO deputies responded to a bomb threat in Terminal 3 at FLL located at 200 Terminal Drive in Fort Lauderdale.

On scene, deputies made contact with three employees who advised Marina Verbitsky stated there was a bomb in her checked-in luggage that was aboard a plane.

Preliminary investigation revealed Verbitsky made the statement after being advised that she and her party could not board the plane due to their late arrival at the gate. Verbitsky was immediately taken into custody.

Agents with the FBI were also contacted. During the investigation, the plane — which had already begun taxiing the runway — was rerouted, and the passengers were evacuated.

A thorough inspection was conducted and the threat was determined to be unfounded.

Verbitsky is currently being held at BSO Main Jail and faces one count of false reporting concerning planting a bomb, explosive or weapon of mass destruction.

Previous Italy Evicts Steve Bannon’s Group From Monastery
Next Ron DeSantis: “Other States Are Copying Us” On COVID