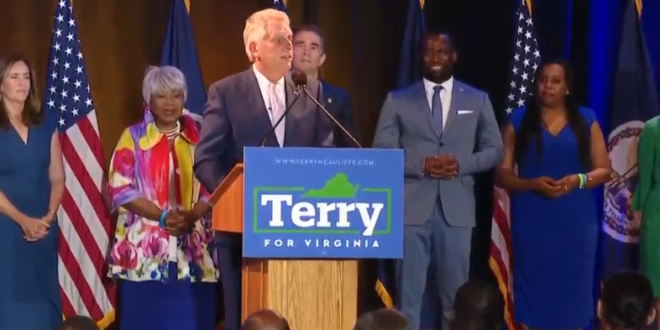 Democrat Terry McAuliffe and Republican Glenn Youngkin are locked in a tight race for Virginia governor, with McAuliffe standing at 50 percent to 47 percent for Youngkin among likely voters in a Washington Post-Schar School poll.

Among registered voters, McAuliffe has a 49 percent to 43 percent edge over Youngkin — but neither lead is statistically significant. The smaller margin among people likely to vote, combined with a low percentage of voters who say they plan to vote early, suggests that Democrats could face an enthusiasm gap and a challenge boosting turnout to the high levels of the past four years.

“There’s an intensity deficit here for the Democrats compared to where they were … during the Trump era,” said Mark Rozell, dean of the Schar School of Policy and Government at George Mason University, which co-sponsored the poll. “This tells me it’s a toss-up election right now.”

“The Post-Schar School poll suggests McAuliffe is faring weaker in Northern Virginia than Northam did four years ago, with the biggest shift in the Northern Virginia exurbs that include Prince William and Loudoun counties.” https://t.co/byC4o7oNsk

Folks, the stakes this November couldn’t be higher. Trump’s hand-picked guy Glenn Youngkin will ban abortion and roll back voting rights here in Virginia if he wins. We’re building a grassroots army to stop him. Can you chip in to help? https://t.co/HSRbVEDwcI

Previous “Death To Gays” Boxer Manny Pacquiao Announces Run For President Of Philippines: “I Fight Outside The Ring”
Next Cultist Pastor Condemns Religious Vaccine Exemptions: “Christians Would Also Have To Abstain From Tylenol”