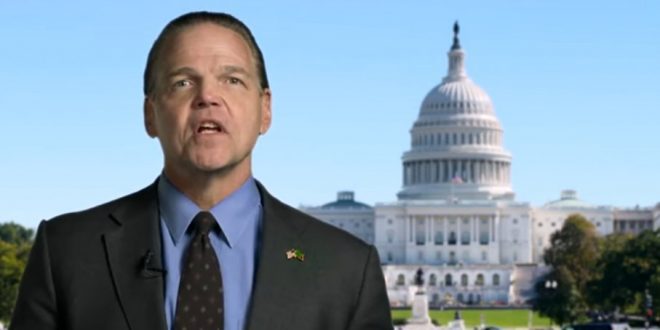 US Envoy To Haiti Resigns Over Treatment Of Refugees

Daniel Foote, the US special envoy to Haiti, has handed in his resignation to Secretary of State Antony Blinken, saying he will “not be associated with the United States inhumane, counterproductive decision to deport thousands of Haitian refugees” from the US-Mexico border.

Foote stated in his resignation letter to Blinken that Haiti is wracked with poverty, crime, government corruption and a lack of humanitarian resources. He said the “collapsed state is unable to provide security or basic services and more refugees will fuel further desperation and crime.”

Daniel Foote, US special envoy to Haiti, resigns, citing the “inhumane” US decision to deport thousands of Haitian refugees from the US-Mexico borderhttps://t.co/A9AuAQ2wex

RELATED: Daniel Foote first appeared in JMG in December 2019 when as ambassador to Zambia he rebuked that nation for sentencing two gay men to 15 years in prison for consensual sex. Foote then received threats after the Zambian government complained to the Trump administration. Trump’s State Department then recalled Foote, earning praise from hate group leader Tony Perkins, who accused Foote of “insulting Zambia’s LGBT policies and judicial system.”