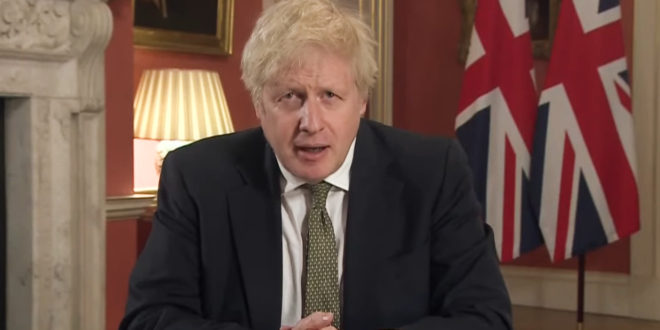 Hoping to ease a supply-chain crisis and forestall a Christmas logjam, the British government announced late Saturday night that more than 10,000 foreign workers will be eligible for temporary visas to work as truck drivers and in the food industry.

The move is a departure for Boris Johnson’s administration, which, since Britain’s exit from the European Union in January 2020, has overhauled its immigration system to end what it described as an overreliance on cheap, low-skilled foreign labor.

But in a U-turn this weekend, the government said it would allow temporary visas for truck drivers and poultry workers. It comes as labor shortages in Britain have rippled through the economy, with supermarkets running out of some goods and restaurant chains like McDonald’s and KFC cutting items from their menus.

Worries about supply chain problems understandable. Many of these issues have been caused/exacerbated by Brexit & UK gov has duty to find solutions fast. @scotgov will help all we can & I have activated our resilience unit. In meantime, I’d urge people to buy responsibly. https://t.co/9CCT4w6ydt

“It’s as simple as this: everything we get in Britain comes on the back of a truck,” says Road Haulage Association

Britain vowed to do whatever it takes to resolve a trucker shortage that has closed petrol stations and strained supermarket supply chains to breaking point https://t.co/ZrhR6o51py pic.twitter.com/D5xlhPtvIG

So the EU was blamed for everything wrong in Britain: bendy bananas, the power of vacuum cleaners etc. etc.

But Brexit is apparently not responsible for labour shortages, food shortages or accentuating the energy crisis.

Sometimes it feels like Britain is a fact-free zone.

If it’s a “global crisis” then why are all the papers around Europe and the world commenting on the dire state of Brexit Britain? https://t.co/v1D9Z6ioed

If this is such a Europe-wide problem how is it that no one but Britain seems to be experiencing fuel shortages, empty supermarkets and a sudden and unmanageable loss of HGV drivers?