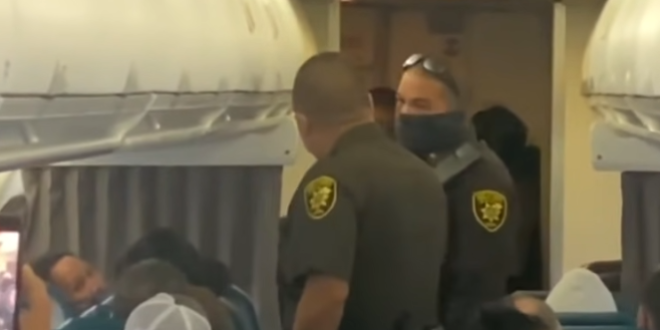 For the second time today, a Hawaiian Airlines flight was diverted back to Honolulu this afternoon due to an incident involving an alleged unruly passenger. Hawaiian Flight 22 departed Daniel K. Inouye International Airport at 1:05 p.m. today for a direct flight to Seattle.

“Approximately two hours after takeoff, our captain was notified of a passenger who refused to comply with the federal mask mandate and caused a disturbance to other guests. Our flight attendants, along with an off-duty pilot, were able to de-escalate the situation,” said Hawaiian Airlines spokeswoman Tara Shimooka.

The first of two incidents took place Thursday morning shortly after 7:30 a.m. local time, when Hawaiian Air Flight 152 departed for Hilo. The flight was diverted back to Honolulu after a 32-year-old passenger allegedly punched a flight attendant two times.

Company spokesperson Alex Da Silva confirmed that “a passenger assaulted one of our flight attendants, who was walking the aisle, in an unprovoked incident.”