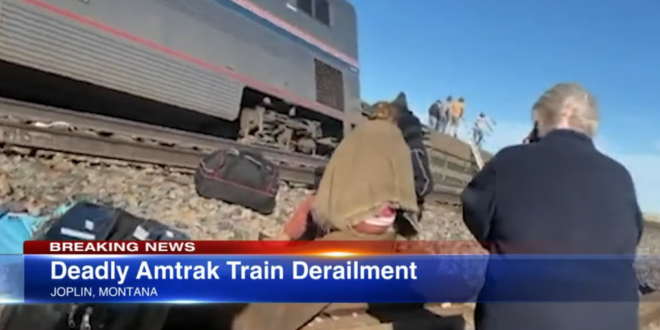 At least three people were killed Saturday afternoon when an Amtrak train that runs between Seattle and Chicago derailed in north-central Montana, toppling several cars onto their sides, authorities said.

The westbound Empire Builder train derailed about 4 p.m. near Joplin, a town of about 200, Amtrak spokesman Jason Abrams said in a statement. The accident scene is about 150 miles (241 kilometers) northeast of Helena and about 30 miles (48 kilometers) from the border with Canada.

The train had about 141 passengers and 16 crew members onboard, Abrams said. The train had two locomotives and 10 cars, eight of which derailed, he said.