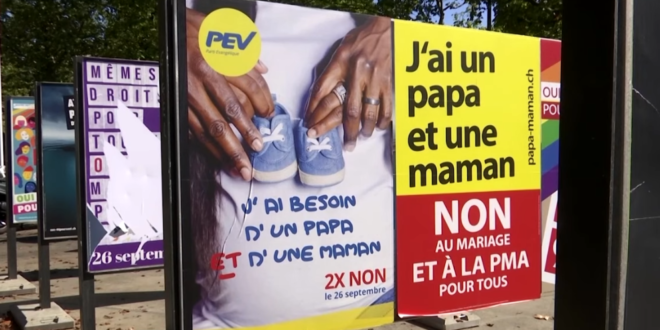 Swiss voters decide on Sunday whether to allow same-sex couples to wed and adopt children after a highly charged campaign pitted gay rights activists against conservative opponents in one of the last Western European countries to still ban gay marriage.

The federal government and parliament approved opening civil marriage to same-sex couples, but opponents forced a referendum on the issue under Switzerland’s system of direct democracy. During the campaign, opponents of the reform used images of crying babies, while supporters waved “Yes, I do” rainbow flags at the Zurich and Geneva pride parades.

The share of voters set to approve same-sex marriage fell to 63 percent in the latest poll by gfs.bern for broadcaster SRG, while the share of those against rose to 35 percent, versus 69 percent and 29 percent a month earlier.