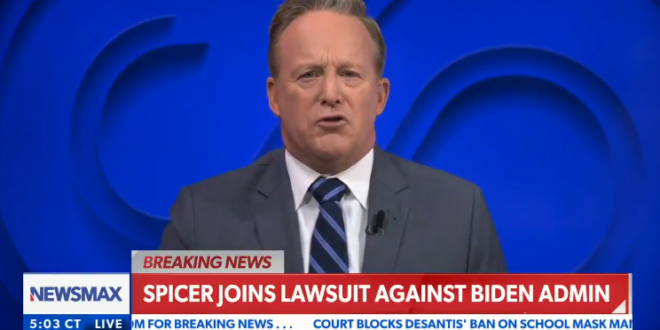 Sean Spicer, a former White House press secretary, said he planned to sue President Joe Biden over a demand that Spicer and others resign from positions at US military academies given to them by President Donald Trump.

“I will not be submitting my resignation, and I will be joining a lawsuit to fight this,” Spicer said on Wednesday on Newsmax, the conservative cable network where he is an anchor.

Jen Psaki, the White House press secretary, confirmed on Wednesday that the administration was seeking to remove them. She added, “I will let others evaluate whether they think Kellyanne Conway and Sean Spicer and others were qualified or not political to serve on these boards.”

At the @WhiteHouse press briefing today @PressSec @jrpsaki questioned my qualifications to serve on the Board of Visitors to the US Naval Academy. I responded tonight @newsmax Watch below https://t.co/cz7Ap96Ijc