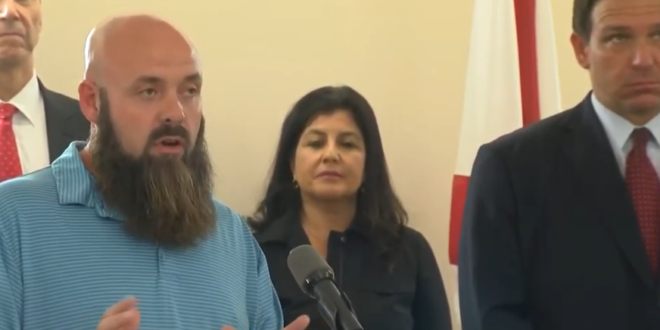 Charles Craig, a 40 year old handyman from Apollo Beach, said that the White House had “grabbed” hydroxychloroquine and ivermectin and were doing the same with Regeneron-branded monoclonal antibody treatment.

The Governor made no comment about the speaker’s claims about hydroxychloroquine or Ivermectin, two discredited COVID-19 treatments embraced disproportionately by the anti-vaxxer set, but he did distance Regeneron from them in his comments saying it was the only approved treatment of the three.