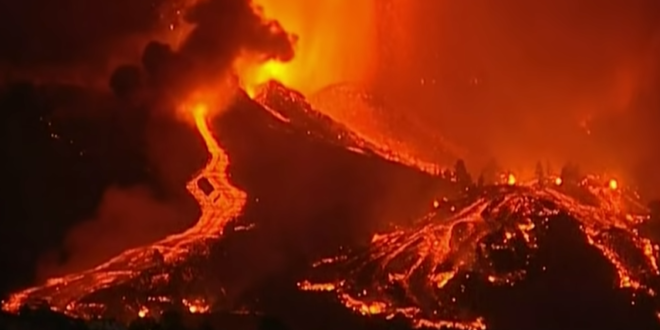 The Canary Islands are safe to visit and a volcano eruption there is a “wonderful show”, Spanish Tourism Minister Reyes Maroto said on Monday, just hours after 5,000 people, including hundreds of tourists, had to be evacuated.

Maroto’s remarks drew immediate criticism from Teodoro Garcia Egea, secretary general of the opposition People’s Party, who posted an article on Twitter quoting the minister and asked: “Can someone confirm the minister said that while hundreds of people are losing everything they have?”

Local officials said about 100 houses have been destroyed so far. The Spanish Prime Minister Pedro Sánchez flew to La Palma on Sunday to oversee rescue efforts. Mr Sanchez said authorities are closely monitoring fires that may start from the burning lava. The military and civil guard has been deployed to help.

“The lava left absolutely nothing in its path,” Mr Rodriguez told Spanish broadcaster TVE, adding that residents would not be returning home for a while. The volcano last erupted 50 years ago. It lies in the south of La Palma island, which is home to around 80,000 people.