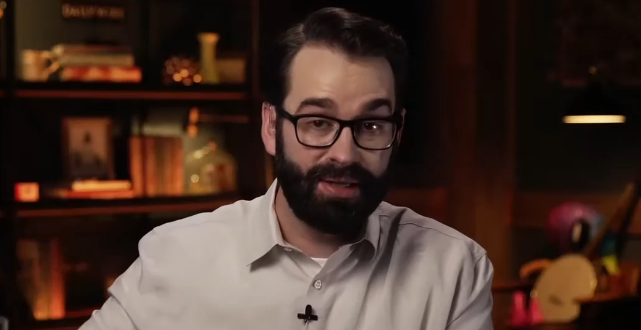 This goes far beyond political differences, our visions for the future, our hopes for tomorrow stand in complete contrast with one another. Such a contrast that one side’s dream for the future is the other side’s nightmare.

It wasn’t always this way, but it is now. We have no common values, no shared principles, no shared beliefs. We have nothing in common. We don’t like or respect each another.

Now, the only difference is that in a marriage you’ve made an eternal vow to one another. You have promised to never leave, to stay together in sickness and health until death. That’s reason enough that when you go through that in marriage, you try to struggle through it if you can, you go to counseling, look for a solution.

But we as a nation have made no eternal vows. We never promised to be together forever. We can’t promise that. No nation, no nation on earth remains wholly intact forever. Doesn’t happen.

Nations are formed, they expand, they break apart, they change, eventually they cease to exist. That’s the cycle of history. We are not exempt from it. And we need to realize that.

Probably, history will look back on the United States in its current form as a star that shined brightly but burned out quickly. That’ll be our legacy, and it’s not a terrible legacy to have. Every star burns out eventually. At least ours, while it lasted, was the brightest in the sky.

Walsh recently appeared on JMG when he declared that the left is “forcing” Republicans to install a dictator. Earlier this week his boss Ben Shapiro also floated secession as “our only hope.”