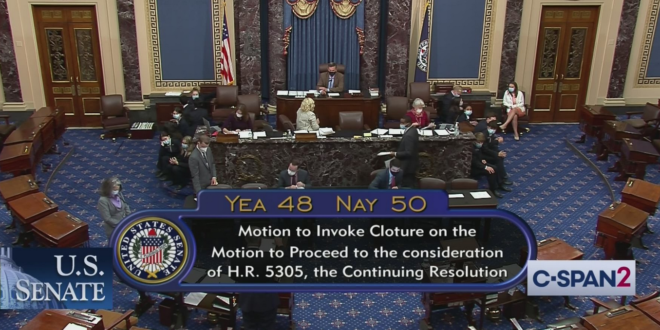 Senate Republicans blocked a House-passed bill to suspend the debt limit and avert a government shutdown from advancing in the Senate on Monday.

The move comes after Republicans had insisted that Democrats act alone to address the debt limit and leaves Congress without a clear plan to keep the government open with the threat of a potential shutdown looming by the end of the week.

Government funding is set to expire on September 30, and the stopgap bill the House approved last week would extend funding and keep the government open through December 3. In addition, the measure includes a debt limit suspension through December 16, 2022.

“we raised the debt ceiling because America can’t default.”

“that would be a disaster.”

Important to remember that Mitch McConnell and the GOP voted to increase the debt ceiling three times when Trump was president.

Also, the current debt ceiling debate is to pay for PAST spending.

In other words, the Trump Credit Card bill is now due.https://t.co/Ve7bL6Ir5I